This week there was a big sale over at one of the online retailers I have used in the past. They were offering 50% off on Mayfair games, the guys who brought you Catan. Sales like these help me push the button on purchases that I might not normally make and be willing to take a chance on a game that might not get a lot of play. By the time I was able to get to their website, most of the games were pretty well gone. I hate that because I have been wanting to add to my game shelve a resource collection game or worker placement game but not sure I want to go MSRP on one. It will not be one of the more popular games that I will own, so I am really trying to ensure the enjoyment per dollar is maximized. 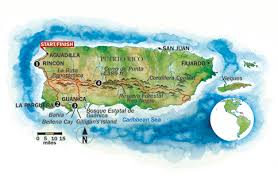 Blogged early that I got a chance to play Agricola and it was a game I would enjoy playing again, but most people in my immediate gaming circle would not like because they like the lighter style of game. Marty has Puerto Rico and Lords of Waterdeep, both are excellent games that would fit my crowd, but I try not to duplicate games that Marty has so we can have more variety in our collections.

So after a year of reading reviews, watching reviews, and getting some plays in with  games, I am still at a loss on what game might be best. That is why I hate I missed the sale because I would have pulled the trigger on Pillars of the Earth and finally put this debate in my head to rest. Oh well, let it begin again and maybe something will fall into my lap or somebody will send in some suggestions that I haven’t even thought of considering in my quest for a resource/worker placement game. 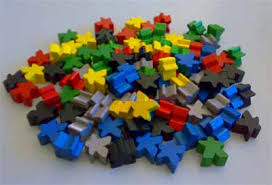 Thanks for reading and Episode 3 is on the way

Apologize for the absence, but since the vacation been trying to catch up and get moving into the new year. Matter of fact, had to get ready for a Warmachine tournament hosted by Your Local Game Store in Matthews, NC. The tournament occurred on 1/5 and had two models to get ready to go before we played. I am one of these people that even though I have no issues playing against unpainted models, I don’t like seeing them on my side. I know, kind of silly, but that is just me. Had three good matches against very good opponents and appreciated our local Privateer Press Ganger Brian Cape for supporting the tournament. Didn’t walk away with a medal, but anytime I get to play is a win. A friend of ours walked away with 2nd place and best painted and glad to see him get that. He spends a lot of time on his painting and it shows. If you want to check out some of his work, head over to Geekly’s Foray into Miniatures. Marty also placed in the painting tournament, but he is modest and sure didn’t want to bring it to everyone’s attention.

Wanted to mention a party game that we played in Kentucky that really was a joy to play and is up there with Wits and Wagers for me. It is called 5 Second Rule: Just Spit it Out! that was published in 2010 and can be found at your local big box stores. Don’t confuse this game with the more important 5 second rule in life because it is about answering trivia in five seconds. I was never much of a Trivial Pursuit player and when I first saw the game hit the table, I was concerned about it. Rules are simple, the person to your left reads you a question, you have 5 seconds, measured by a neat timer which is turned over by the player to your right, to provide 3 answers and if you do, you get the card. The person with the most cards after so many rounds or we played whoever collected 10 cards first was the winner.

What happens if that person can’t come up with 3 answers in five seconds, then the timer passes to the right and the person who was timing now can answer, but they can’t repeat any answers that are already given. If they don’t, then it keeps passing until it gets back to the original person who got to answer first and they automatically get the card. The questions aren’t hard, but sometimes they do throw you off and if people keep answering one answer at a time, but the time you get around to the last person, they have a hard task ahead of them. For instance, name three famous dogs in 5 seconds? How did you do? Well, in our group the first person said Lassie and Rin Tin Tin. Next person said Scooby-Doo and stopped. My turn produced Eddie from Frasier and then I got stuck. Well, the people down the line figured it wouldn’t get to them and were not prepared. On the contrary, when the question came up that asked name three ways to say going to the bathroom, it was answered in two seconds.

Well, that is it for this week. Episode 3 is recorded and Marty is doing his magic to make us sound intelligent.

Just got back from our vacation and had a wonderful time as always. Plenty of games and just enough Oh Pishaw (Oh Hell) was played to keep it fun 🙂 Discovered that the people we stayed with and our neighbors had actually listened to the podcast and they had taken snippets of it and did something called autotune to my segments and let me hear it in a new voice. They also kept dropping hints on some things I said, like playing to much Oh Pishaw and I completely missed it. Bravo to them for pulling a great prank and appreciate them listening and losing 30 mins of their lives.

Podcast should be out this week, final edits being done by Marty.