At the end of 2011, I posted on another gaming blog the three games I was most looking forward to buying in 2012. I recently reread that post to see if my predictions held true. On two out of three picks, they did not.

I first saw Mage Wars at GenCon in 2010. With it being a new card game (and I really like card games) I had to try it out. Like Living Card Games (LCGs), Mage Wars comes with a base set and has some expansions. You sort through the cards and build a deck to play. The difference is that you don’t have a draw pile. All the cards are put in a card album and can be played directly from there. So there is no randomness of a card draw. This is a very unique game dynamic that I was very much interested in.


So why didn’t I buy it? To be honest, I had too many games I was into at the time of release. I had invested in NetRunner, I was still trying to put an army together in Warmachine, plus I had a plethora of other board games I was playing. However, it’s still on my buy and I highly recommend trying it out.
Mu Origin 2 Server

I was big into the Mu Online when it first came out. I spent way too many sleepless nights trying to level up my Dragon Knight. Soon after the MMO release, Upper Deck released Mu Origins Trading Card Game which both Tony and I jumped in feet first. We were buying boxes, sets, individual cards…yes, we fell into the CCG/TCG trap again. A few years later, Cryptozoic Games was formed to take Mu license from Upper Deck and continue the card game. By this time, Tony and I had gone through an intervention and realized the money sink we had gotten into. So we had stopped playing and moved onto other things. Well, in 2011 Webzen had announced they were doing a remake game for the Mu Online universe being release on March 2019 for mobile devices using Android


So why didn’t I buy it? Well, It never came out. Cryptozoic kept pushing the release date back and eventually they even removed the game from the their website. So I guess at this point it has been cancelled. So once again Cryptozoic disappoints me. But at least they had time to release a Castle card game /rolls eyes
Iron Kingdoms RPG

In order to expand my gaming experience, I decided to try a miniatures game. After a lot of research and discussion with my local gaming buddies, we decided to try out Warmachine. We each picked a faction, assembled some models and got to playing. But what intrigued me as much as the game was the lore behind the game. It’s a steampunk fantasy type setting and Privateer Press has fleshed out a lot of the history and story behind the different races and all regions of the Warmachine world. So, when Privateer Press announced they were going to release a RPG ruleset for this setting, I knew I would be very interested in it. Again, in an effort to expand my gaming experience I wanted to try RPGs. The two biggest are Pathfinder and Dunegons & Dragons but with this new RPG on the horizon I decided to wait until it came out.


Why didn’t I buy it? Well, I did. In fact I pre-ordered the core rule book to I could get it as soon as it came out and I wasn’t disappointed. The book is rich with stories of this world and its inhabitants. The character development and combat is something I thoroughly enjoy. I’ve played a couple scenarios and really look forward to participating in a full campaign with my family and friends.


So there we go. Obviously I wasn’t playing games in 2012 that I thought I would be playing. In our 2nd episode, I listed some games I’m interested in for 2013. We will see this time next year if my predictions were true. 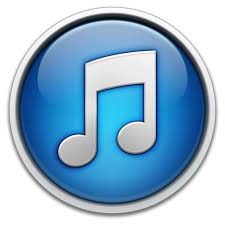 Our episodes are now available on iTunes! Go here to subscribe.

Episode 3 is out for consumption. In this podcast:

Hope you enjoy the show and listen for Marty as he tells us what rainbows smell like. 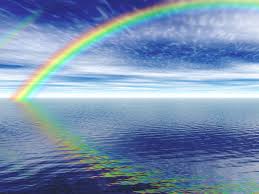